2016-2021: Mosques, Hajj and political parties in the Sahel and Central Africa: success icons and religious entrepreneurs 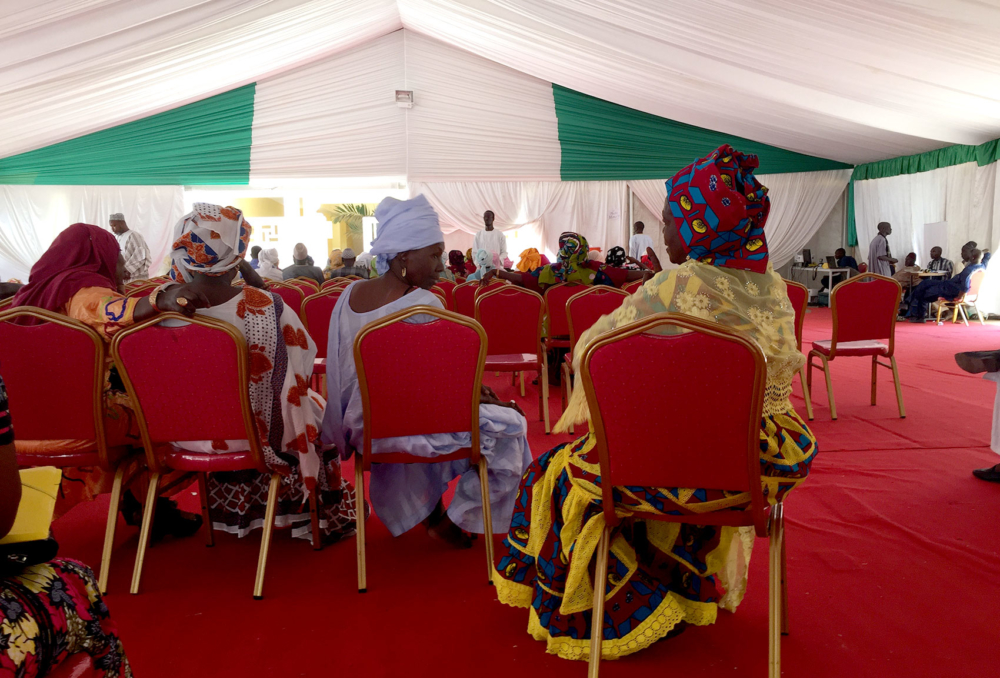 While the serious dynamics generated by armed groups proclaiming adherence to Islam, in West Africa and the Sahel, should not be minimized, it is important to avoid analytical shortcuts. The political and social transformations of Muslim societies are protean and complex. New dynamics are erupting which touch significant numbers of people in West Africa.

Our project aims to shed light on one of these developments, namely the appearance of new Islamic sociopolitical entrepreneurs, true “figures de la réussite” (“success icons”) emerging from the margins of the social hierarchies that normally determine who dominates (and who is dominated) in these Muslim societies. They can be women, young people, or individuals from the lower “castes” of West African communities (“ex-captives”; “castes”), who manage to circumvent the dominant structures through involvement in social and political Islam. From three countries where Islam either clearly dominates (Senegal), holds a slight majority (Burkina Faso), or is in the minority (Cameroon), we analyze the journey of these religious entrepreneurs from three vantage points that configure the heart of Islamic renewal: the agencies set up to organize the Mecca pilgrimage (Hajj); the newly built mosque-school complexes; and the creation of Islamist political parties.

This project focused on the understanding of schooling models and practices in West Africa (Senegal and Benin). At a time when these are in full reorganization mode, the issues of public or private management of education, its secular or religious character, or “national” or extroverted nature are being reexamined in a context of strong international interventionism. We showed that the educational reality of West African countries is far less homogeneous than international education policies suggest and shed light on the factors and variables that hold the key to explaining the diversity of the educational situations and practices we observed.

I contributed to this project with a study on the internationalization of Arab-Islamic education in Senegal. I showed how the ability of Arabic literates to move between West Africa, the Sahel and the countries of North Africa and the Middle East facilitates the transnational circulation of models and practices that have proved vital for developing Arab-Islamic education in Senegal. It also led me to identifying the ways in which language and education are increasingly being politicized in the debates on the postcolonial course of the Senegalese state in a context of regional tensions linked to the Sahelian crisis.

This project examines how men and women in contemporary East Africa strive  – successfully or not – to attain and transmit wealth, power, respectability and authority. Achieving these goals means having to overcome formidable obstacles in the form of rapidly-changing social realities impacted by fundamental structural changes in local practices and the practical means for achieving a quality life. The interdisciplinary research team and its partners explore the dialectic between forms of self-accomplishment and morality repertoires by examining the economic, political, social and symbolic dimensions of wealth, violence, religion, and kinship.

Kinship ties have long constituted a prime mechanism for distributing political power and selecting ruling political elites, despite the transnational spread of democratic norms since the 19th century. Indirect political representation and popular elections prevalent in all types of political and sociocultural contexts today paradoxically have become instruments for perpetuating kinship politics. Hereditary access to political power – and frequently political dynasties – persist in both democratic and autocratic regimes. Even so, the familial transmission of political power received little scrutiny from scholars until the mid- to late-2000s, but recent work by political scientists and economists on hereditary successions and political dynasties suggests they harbor rich potential as research topics. However, the study of family successions in Africa as yet has not attracted much interest.

This project thus takes up the study of heredity as a resource that is mobilized in politics by examining the modes of hereditary successions in Africa. This project delves into the hereditary mechanisms of transmitting power. It analyzes the socialization of the political class, the access to political competition, the family and political transmission of social capitals, and the ways of legitimizing the exercise of hereditary power.

In recent years, building on studies on hereditary successions in autocracies (Brownlee 2007), interest has grown in in the literature in the paradoxical existence of political dynasties in democracies (Smith 2018). But rare are the works that are interested in studying these mechanisms in hybrid (more or less competitive) regimes, perhaps because hereditary succession to the executive or in parliamentary assemblies seems self-evident. Yet these family transfers of power are by no means obvious, since they need to be thoroughly prepared and legitimized perpetually by leaders, whether in the family, party, or the electoral arena. Rules and institutions, even weak ones in the case of competitive authoritarianisms, constrain even the best laid plans for hereditary succession.

My project identifies how these dynasties form, sustain themselves, and perpetuate their hold on power in more or less competitive political systems – especially in countries going through political transitions with mixed results. I develop three specific dimensions, as follows:

Comparative analysis of hereditary successions in Senegal and Gabon

03. Conflicts, the State and the Law

Law as a weapon: case studies from sub-Saharan Africa (with Julia Grignon) (eds.)

This project delivered a multidimensional and multidisciplinary scientific analysis of the Malian conflict by tracing the trajectories of the state, security, ethno-racial hierarchies, gender and castes, trafficking economies, insurgency, demographic change and international interventions. In the form of policy reports, academic publications and newsletters, the proposed analysis thus furnished a tool for the various actors involved in designing, implementing and evaluating peace transitions programs. In producing these in-depth studies in collaboration with Malian academics and experts, we focused on strengthening capabilities in support of Global Affairs Canada and the United Nations Multidimensional Integrated Stabilization Mission in Mali (MINUSMA). With Cédric Jourde and Modibo Ghaly Cissé, we studied the trajectory of predation and violence of the Malian state and the logic of statutory hierarchy in central Mali.

International law is being challenged increasingly today, with international humanitarian law (IHL), a branch of international law designed specifically for governing armed conflict coming in for its share of the critiques. Far from being fixed, however, international humanitarian law can evolve and adapt to contemporary wars. This research project stresses the importance of studying, reaffirming, and teaching IHL – but also of questioning it to speed its evolution, so that it can continue to play a role in easing the ills visited on people caught up in armed conflicts.